Home » Blog » What Is a SEER Rating, and Why Does It Matter for Me?

What Is a SEER Rating, and Why Does It Matter for Me? 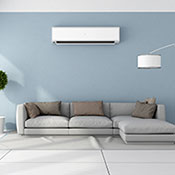 If you’re considering a new central air conditioning system and haven’t shopped for one in a while, you may be surprised at the sea of acronyms you’ll encounter in your search.

One of the most important of these acronyms is SEER, which is an abbreviation for Seasonal Energy Efficiency Rating. Here is some basic information about SEER to help you be a more informed buyer when the time comes to invest in a new A/C.

While SEER rating isn’t the only factor affecting the efficiency of an air conditioning unit in your home (proper installation, maintenance and sizing of your equipment are also critical), it is nonetheless an important measure to keep in mind when shopping for a new air conditioner for your Massachusetts home.

Contact Needham today for a FREE estimate on a new central A/C – and don’t forget to ask about our specials and other incentives that can save you hundreds of dollars on a new high-efficiency unit!