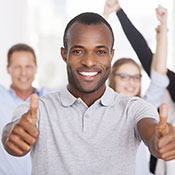 Focusing their attention on Boston, a group of Harvard researchers writing in the current issue of the Proceedings of the National Academy of Sciences found that $90 million worth of natural gas – 15 billion cubic feet – escapes from its network of aging cast iron pipes each year.

Aging underground natural gas pipes can be dangerous. Now, a new study has found they are also bad for the environment and costly for consumers, according to a recent article by CBS News.

The study is part of a growing effort to examine the role that cities play in methane emissions and should have implications for other aging cities, especially in the Northeast, that rely on natural gas for a significant and increasing portion of their energy needs, the article states.

Last year, Google teamed up with the Environmental Defense Fund (EDF) to unveil a series of interactive maps allowing users to track natural gas leaks beneath the streets of Boston, Indianapolis, and Staten Island, the article states. The goal was to better understand potential hazards as well as the environmental impact of these chronic, low-level leaks.

A report on the study by the EDF notes that the reported emissions in Boston are more than two times higher than previously estimated using state emissions inventory data, with a yearly average loss rate from delivery and use of natural gas in the Boston urban region of 2.7 percent, enough natural gas to fuel about 200,000 homes each year, the article states.

Heating oil has an excellent track record as a safe, practical heating fuel. Homes heated with oil warm up quickly and provide even, efficient warmth. Thanks to advances in oil heat equipment technology, emissions from oil heat have fallen dramatically in recent years.

Needham has been delivering heating oil since it became widely adopted as a heating fuel in the early 1940s. We continue to sell premium home heating oil today, offering local homeowners and business owners affordable heating oil delivery. Contact us by phone at 781-444-3600, or by email (info@needhamoil.com) if you need any help or have any questions.