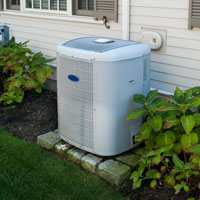 Memorial Day is nearly here, and with it comes the unofficial start of summer. Is your air conditioner up for the hard work of another cooling season?

If the time has come to retire your old A/C, you’re going to need some basic knowledge about how to replace it. This week, we’ll talk about one of the most important factors in choosing a new cooling system: Seasonal Energy Efficiency Ratio, or SEER.

Here are some SEER basics to help you become a more informed A/C shopper in the coming months. If you have any questions about SEER or any of the other factors that will help you choose a central air conditioner or ductless mini-split A/C, contact Complete Heating and Cooling today.

Of course SEER rating isn’t the only factor in home cooling efficiency: proper installation and maintenance of your equipment is every bit as important, as is correct matching of the system to the cooling load of your home (we’ll talk about these factors in a future blog).